WoodToolsPoint is a partner programs registered member of Amazon. We will receive an affiliate fee if you buy from our chosen links. The original price of the product will not be changed. Learn more 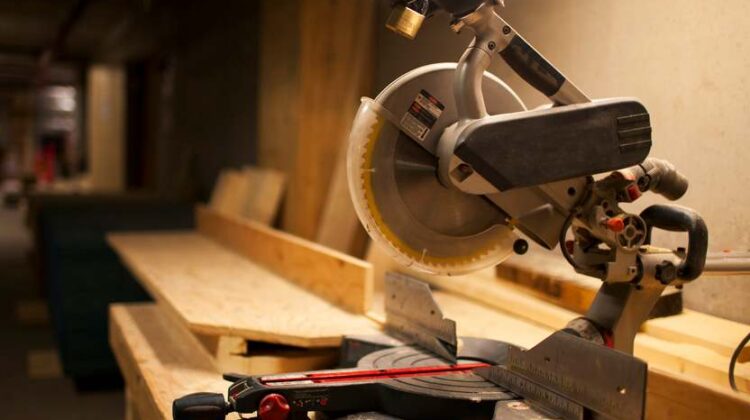 Well, you are not the only person suffering from this dilemma. Each saw has its application and has special qualities. What matters is which one will fulfill your desire.

Both of these tools are interchangeable. This means you do not need to keep both the miter saw and circular saw in your workshop to complete your work. Therefore, you need to conclude which one would you rather take for your work. Moreover, you want your works to be very efficient and fast.

Sure, miter saws are a very effective tool in the woodcutting industry. However, where did they come from?

The idea of merging a miter box with a circular saw was done by Rockwell engineer Ed Niehaus. Further, he developed a work machine by a clamping method and used the help of a power saw to miter almost instantly. This design was a masterpiece. However, he could not patent the design and as a result, failed to prevent other companies from copying it.

Now its been fifty years since the original invention. Moreover, they are very accurate and eco-friendly too. They are a perfect companion for all wood workshops. However, what are the pros and cons of circular saws?

They are very precise to cut

Miter saws are a master in precision cuts. Further, they are optimized to ace at four different types of cut called crosscut, miters, bevels, and compound cuts. So what are crosscuts?

They are to cut perpendicularly to the wood grain. However, miter cuts are used at any angle between 0 and 90 degrees. Further, angle cuts are made concerning the high of the wood instead of length. Miter saws are best for all these activities and can do this work in a snap without resistance.

The upside of miter saw is the ease of usage over circular saws. Further, they are very precise and accurate while cutting. Moreover, you need to align a handheld circular saw right to avoid any imprecise cuts. Miter saw always offers better safety features and minimizes the possibility of injury while maintaining usability.

Now you know the pros of miter saw. However, there is nothing called perfect. Therefore, we have discussed the cons of miter saw too below.

There are tons of upside of a miter saw. But portability is an important factor if you are traveling places with your equipment. A major downside of miter saws is they aren’t portable at all. Further, they are kept at a fixed place in the workshop and aren’t moved from place to place. However, you get a very precise cut at the cost of portability.

Now we will be discussing different types of miter cuts.

Crosscuts are the simplest cuts done by a miter saw. Moreover, boards are cut at a 90-degree angle. Further, if you want to cut a 2*4 into half, you can do that too here.

Miter cuts are perfect for a board on an angle. You should go ahead and look at those wood trims on your door. Moreover, two trims meet to make a 45-degree angle.

Bevels cuts are also optimized to cut the board’s end into an angle. However, there is a twist. The angle is cut through the thickness of the wood and not through the width of the wood. Did you ever use a doorstep? Those triangular woods are a result of miter saw cuts. These cuts are called bevel cuts. Further, these are some of the most important examples of bevel cuts.

They are the hybrid of bevel-cut and miter cut. You can find this kind of cuts on crown moldings. Therefore, you can see it by yourself if you have it in your house. Furthermore, those beautiful trims are only possible through compound cuts.

Now you know about miter saws. However, what is circular saws? Let’s discuss them below.

You might be asking yourself from where did circular saws come from? Today we will be discussing that too below.

There are tons of myths related to circular saws. However, some stories say that they were found in England. Whereas some say they were found in holland or even Germany. However, our favorite myth is that of Tabitha Babbitt. This was an American member mainly of Shaker religious sector. They lived in the 19th century.

Babbitt found out that people cutting with the two saw strategy were less efficient and took long hours. This is because they could only cut in one way due to that strategy. Therefore, she took some ideas from her spinning wheel and then she connected a foot pedal. This foot pedal was linked to a circular blade which allowed the blade to spin without being moved physically every time. Moreover, it didn’t need to be reset.

The master plan was implemented in the sawmill industry and then was produced and used on larger scales.

The idea of the circular saw was so useful that it is still used today. However, things have been modified to make work more efficient but the concept remains the same.

Modern-day circular saws are very easy to use. Furthermore, they have a very big advantage of being mobile. Hence, workers can carry them from place to place without any hassle. Moreover, today circular saws are powered either by an extension cord or DC batteries. Further, they use diamond cut blades which are approximate of depth seven and a quarter inches. There are approximately 20-80 teeth.

We have talked enough about the origins of circular saws and how they behave in the present day. However, what kinds of circular saw cuts are there is a big question to ask. So let discuss them below.

Circular saws are an expert in cutting just like miter saws. However, they can cut everything that the miter saw cuts along with one additional cuts totaling five.

People might prefer the miter saw for precise cuts. However, how can you take those bulky miter saws on an out trip work? This is where the circular saw comes into play. Sure, they will not provide precise cuts like the miter saw. But at least you can do your work rather than sitting idle and losing contracts and work.

The additional cut that the circular saw makes is the rip cut. Moreover, rip cuts are done from the down length of the board while maintaining a possible distance from the edges.

So what are the pros and cons of a circular saw? Why will people choose the circular saw in front of the miter saw? We will discuss them below to make the demonstration of miter saw vs circular saw more obvious.

Portability is the main point when it comes to the circular saw. They are almost 100% portable. This means you can carry them anywhere. Further, this comes in handy when you go for an outside work trip away from your workshop where it is impossible to make a miter saw.

Moreover, circular saws weigh around 8 pounds which is very light. All you need to do is plug it into a power source and you are good to go.

Circular saws are very versatile too as they can handle five types of cuts compared to four for the miter saw.

Furthermore, they are also cheap to buy compared to miter saws which are very costly.

Circular saws are made to cut through straight lines only. They aren’t precise like the miter saw too.

Now you know all about miter saw vs circular saw. We know this is a very conflicting choice. However, you cannot ignore one and dive into the other. The circular saw is very portable which makes your out workshop work much easier. Sure, they aren’t precise like the miter saw.

On the other hand, miter saws are masters in precision. Sure, they are bulky and very costly compared to circular saws. Further, miter saws aren’t mobile. This means you cannot carry them from place to place due to being heavy. You need to keep them fixed in a place in your workshop.